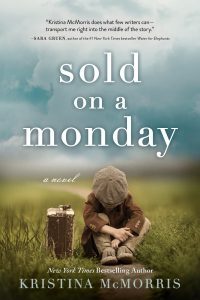 On Monday, September 17th, author Lisa Patton and New York Times and USA Today bestselling author Kristina McMorris will apear at Buxton Books (2A Cumberland St.) from 5:30 pm – 7 pm. Both authors will speak at this free event which will include wine and hors d’oeuvres.


Patton will discuss her new novel, Rush, which delves into the traditions, relationships, and collusions of big university sorority life in the South. It also develops commanding themes of racial exclusion and social injustice.

Patton is the bestselling author of Whistlin’ Dixie in a Nor’easter, Yankee Doodle Dixie, and Southern as a Second Language. Born and raised in Memphis, the author graduated from the University of Alabama where she was a sorority member. The inspiration for Rush came after she visited her sorority’s new, $14 million sorority house and unexpectedly spent a good portion of the day getting to know the beloved housekeeper.

She will also be at the Charleston Library Society for a book signing event on Tuesday, September 18th.

McMorris will discuss her novel, Sold on a Monday, which is inspired by an actual newspaper photograph depicting American children for sale. When protagonist Ellis Reed – a young reporter relegated to banal assignments at the Philadelphia Examiner – shoots a picture of two children advertised for sale on a farmhouse porch in Laurel Township, Pennsylvania, in 1931, the act catapults both his career and the superbly paced action in the book.


McMorris is the bestselling author of five novels as well as two critically acclaimed novellas. Initially inspired by her grandparents’ WWII courtship letters, her work has garnered more than twenty national literary awards, and was nominated for the international IMPAC Dublin Literary Award.