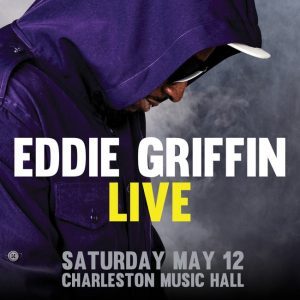 Comedian and actor Eddie Griffin will perform at the Charleston Music Hall on Saturday, May 12th at 8 pm.

Griffin has been featured in Def Comedy Jam, HBO One Night Stand, Undercover Brother, My Baby’s Daddy, Dysfunktional Family, Norbit, Freedom Of Speech, and more. He was also honored by Comedy Central as one of the Top 100 Greatest Stand-Up Comedians of all time

Plus, Griffin won the NAACP Image Award for Best Actor in a Comedy Series for Malcolm & Eddie.

Follow us
Related Topics:charleston music hallEddie Griffin
Up Next