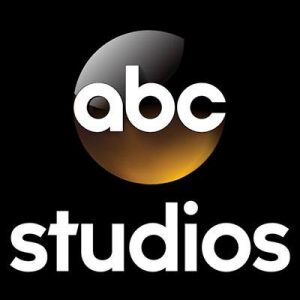 The pilot episode of an ABC Studios television production is set to begin filming in Charleston next month. Salvage, a one-hour drama, will be written and executive produced by Don Todd, who has held the same roles on the hit NBC series This Is Us.

According to Deadline, the show “follows ex-cop Jimmy Hill, who just wants to be left alone after moving back home to rural Florida. But when a local murder is linked to the sunken treasure of a lost Spanish galleon, he’s drawn into the investigation by an idealistic deputy and pitted against the powerful town patriarch, outside criminal agents, and his own father.”

The South Carolina Film Commission shared some production details on Facebook. The organization said the crew and principal cast are currently being put together for the tentative shoot dates of March 13th to March 29th. Roles for extras will be announced at a later time.

In addition to his work on This Is Us, Todd co-created the ABC series Samantha Who? His other credits include Hart of Dixie, Ugly Betty, and Caroline in the City. He is also the showrunner on the upcoming ABC series For the People.

Salvage is the latest production to film in the Holy City, which has become a popular spot for both TV and cinema projects. Other productions that have called the Charleston area home include Top Chef, Vice Principals, Mr. Mercedes, Halloween, Southern Charm, Naked, Leavey, The Inspectors, The Sinner, Reckless, and South of Hell.

UPDATE on 2/24/18: Deadline is reporting that Uta Briesewitz will direct the episode. She has previously directed episode of This is Us, Orange is the New Black, Jane the Virgin, and more.

UPDATE on 2/27/18: According to Deadline, Charity Wakefield (Bounty Hunters) was cast as Gwen, “the beautiful daughter of the town’s richest man, who arrives back in town newly unmarried and under mysterious circumstances.” She also also starred in The Halcyon and Genius.

UPDATE on 2/28/18: Variety is reporting that Toby Kebbell has been cast as the lead character (Jimmy Hill). He is know for his roles in “Kong: Skull Island” and “The Fantastic Four.”

UPDATE on 3/3/18: IMBD says Jim Belushi (According to Jim) has been cast in the show.

UPDATE on 3/6/18: Will Patton (Remember the Titans, Armageddon) has been added to the cast. Deadline had the scoop. The actor was born in Charleston and also appeared in Leavey, a movie that was partially filmed in the Holy City.

UPDATE on 3/10/18: In addition, Deadline is also reporting that Emily Althaus (Orange is the New Black), Catalina Sandino Moreno (The Affair), Joelle Carter (Justified) and Evan Parke (King Kong) will also be on the show.