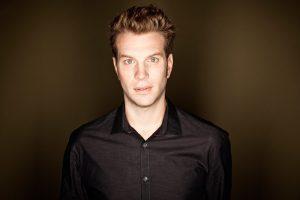 Comedian Anthony Jeselnik will return to the Charleston Music Hall on Saturday, June 23rd at 8 pm.

Jeselnik, who has often been called the “dark prince of stand-up,” has amassed an impressive comedic resume. He starred in and created The Jeselnik Offesnive, which ran for two seasons on Comedy Central. He has also written for and appeared on several roasts for Comedy Central, most notably The Roast of Donald Trump.

He has performed on CONAN, The Tonight Show, and Jimmy Kimmel Live. He has also written for Late Night with Jimmy Fallon and received an Emmy Nomination for his work on A Night of Too Many Stars: An Overbook Concert for Autism Education.

Tickets range from $29 to $37 with a dinner & show option available for an additional $32. Public on-sale begins this Friday, January 26th at 10 am. Jeselnik last performed at the Music Hall in 2014.
–

Charleston Home + Design Show to be Held this Weekend