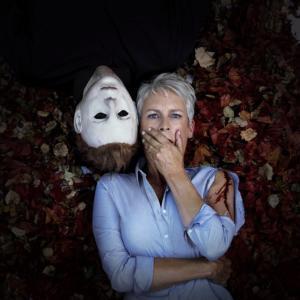 Back in September, Holy City Sinner let you know that a remake of the classic 1978 horror movie Halloween was just weeks away from starting production in the Charleston area. After some unexpected production delays, filming finally began Friday in North Charleston and extras are still needed.

As expected, Tona B. Dahlquist Casting is handling the casting of extras and they’ve posted a handful of calls for extras on Facebook. You can stay up-to-date on the company’s Facebook page.

The film is being directed by David Gordon Green, who also co-wrote the script with actor (and Charleston resident) Danny McBride. The pair previously worked together on the movie Pineapple Express and the TV shows Eastbound & Down and Vice Principals – the latter of which was also filmed in the Charleston area.

Fans of the classic film will be happy to know that Jamie Lee Curtis will reprise her role as Laurie Strode, while original director John Carpenter will serve as an executive producer on the remake. According to IMDb, the film is scheduled to be released on October 19th and will also star Judy Greer (Archer, Jurassic World, Arrested Development) and Andi Matichak (Orange is the New Black).

The production was spotted Friday filming around the Sunfly Convenience store near the Malcolm C. Hursey Elementary School in North Charleston.

Dates Announced for the 2018 Charleston to Charleston Literary Festival