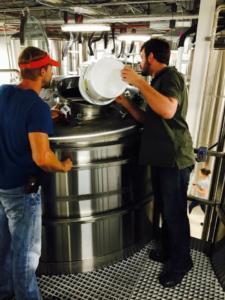 Brewed with over 140 gallons of heirloom watermelon juice, the light golden ale “boasts notes of candied watermelon with a creamy mouthful aided by the addition of malted wheat and oats, as well as a small pinch of milk sugar.”

The Watermelon Thief is a 5.5% ABV beer and will only be available on draft at the brewery. The beer will be on tap available to-go in crowlers or growlers. Supply is limited.

Follow us
Related Topics:Bradford Watermelonsedmund's oast brewing co
Up Next