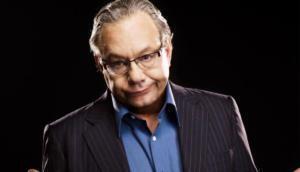 
Black is one of the most prolific and popular performers working today. He came into national prominence with his appearances on The Daily Show in 1996. Those appearances led to comedy specials on HBO, Comedy Central, Showtime, and Epix. In 2001, he won Best Male Stand-Up at the American Comedy Awards.

He has released eight comedy albums, including the 2007 Grammy Award-winning The Carnegie Hall Performance. He won his second Grammy Award for his album Stark Raving Black and has published three bestselling books: Nothing’s Sacred (2005), Me of Little Faith (2008) and I’m Dreaming of a Black Christmas (2010).

Travel to Candy Land at this Year’s Studio 300 Party