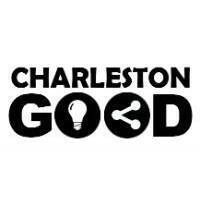 After 3 years of operating as a self-funded and totally volunteer organization, CharlestonGOOD and the GOOD House are launching their first-ever fundraising campaign to make their community work more sustainable.

CharlestonGOOD is a grassroots media outlet and support network that fosters and facilitates community collaborations for the benefit of the Lowcountry. They also host monthly “Goodsharing Gatherings,” which are unique networking events for passionate people looking to help one another with charitable and social enterprises. In fact, their freely shared home/community-space, affectionately known as the GOOD House, has become a frequently used venue for a variety of groups and events.

Unlike many fundraising efforts, this one is being directed by supporters of CharlestonGOOD, rather than the organization itself.

The SUSTAIN THE GOOD campaign will include events, as well as an online crowdfunding effort. The first two events have been confirmed. Both will be held at the GOOD House (2 Canal St., downtown)

You can learn more about these events and all sorts of inspiring community efforts at CharlestonGOOD.com.

Can’t make the events? You can still support CharlestonGOOD & the GOOD House via their crowdfunding campaign: donorbox.org/sustain-the-good.