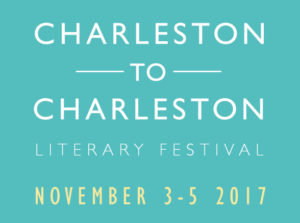 On November 3rd, the Charleston to Charleston Literary Festival will offer guests a glimpse into the fascinating life of William Shakespeare courtesy of three experts with “Reimagining Shakespeare: The Bard at Home and Away.” Featuring Bernard Cornwell, Dominic Dromgoole and Nan Morrison, the lecture will be held at the Circular Congregational Church and followed by a special reception at the Charleston Library Society.

“No one has the power to transcend borders, touch hearts and give us perspective on today’s changing world like William Shakespeare,” said Anne Cleveland, executive director of the Charleston Library Society. “It is an honor to have renowned author Bernard Conwell, the Globe Theater’s Dominic Dromgoole, and former Chair of the College of Charleston’s English Department Nan Morrison present our opening evening session. Their conversation will be followed by a lovely reception to officially celebrate the new international festival.”

International bestselling author Bernard Cornwell depicts Shakespeare as both omnipresent and mysterious in his newest novel, Fools and Mortals, set to be released in the U.S. early next year. Through the eyes of the playwright’s younger brother Richard, the reader is transported into the Elizabethan era and thrown into a dramatic plot centered on rivalry, conflict, intrigue and betrayal.

To mark Shakespeare’s 450th birthday, former director of London’s Globe Theatre Dominic Dromgoole was inspired to take a production of “Hamlet” to every country in the world. His New York Times bestselling book, Hamlet Globe to Globe, takes readers behind the scenes of the project’s adventures and misadventures, from performing for UN ambassadors and Syrian refugees to experiencing upheaval in Ukraine and Ebola in Africa.

Dr. Nan Morrison, Professor Emeritus of English at the College of Charleston, is revered as one of the most demanding and successful educators of Southern Literature and Shakespeare.

The Commodore Hosts “HipHoptober: A Karaoke Trap” on October 29th