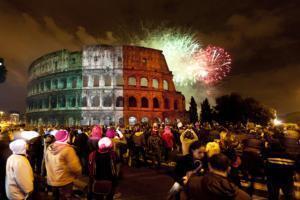 An example of Hofstetter’s work (Provided)

On the evenings of Thursday, September 21st and 28th the entire pier-side of the historic USS Yorktown will be illuminated with images arranged by Swiss light artist Gerry Hofstetter as part of his “Light Art Grand Tour USA,” a tour featuring 50 landmarks in 50 different states.

Hofstetter’s light art will be cast onto the ship both nights from 8 pm to 10 pm. Visitors can view the display for free at the Patriots Point Naval & Maritime Museum. Normal parking fees will be waived for the event.

As the images are displayed onto the World War II aircraft carrier, members of “Light Art Grand Tour USA” will photograph and film them for an upcoming documentary. The multi-year tour began earlier this year with stops in the first 13 states to join the Union. Monuments in other states include: George Washington’s Mount Vernon, the Wright Brothers National Memorial, the Women’s Memorial at Arlington National Cemetery, and the Albert Einstein House at Princeton.

The light art performance on September 28 will take place during the 51st Annual Historic Naval Ships Association Conference which is hosted by Patriots Point from September 26-29. Staff members from museum ships across the world will meet aboard the USS Yorktown to discuss key items related to running and maintaining a war ship museum and strategies for success in the future.

All Is Well Pet Celebrates Milestone Anniversary on 9/30