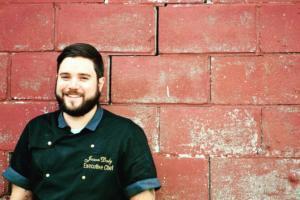 Chef Jason Daly was today announced as the new executive chef at Warehouse. He will officially take the reins later this month.

Daly is relocating from Maine, where he served as executive chef at SALT. Daly is a former Lowcountry resident, graduating from Savannah College of Art and Design in 2009. Daly’s career includes positions at Russell House Tavern in Boston, Gramercy Tavern, Perry Street, and Le Bec Fin.

So, what does this all mean for the Warehouse menu?

Daly said through a press release that the “new direction of the menu will be a blend of old world European technique with new American flavors and ingredients – what I like to call “progressive Americana.” Pulling from my New England roots, the new menu will blend (Lowcountry) and New England styles.”

The roll out of Warehouse’s new culinary concept will also bring a change in food service hours. More details will be announced at a later date.

Daly is taking over the position held by Emily Hahn. Last month, it was announced that Chef Hahn would be departing at some point in September.