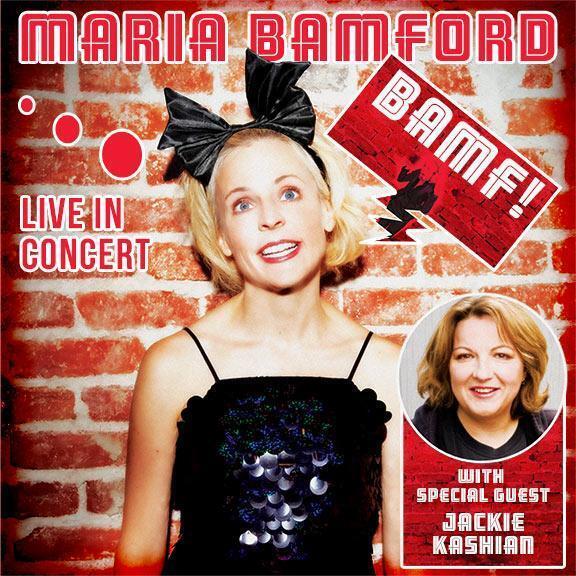 Bamford is known for her numerous stand-up specials and roles in shows like Arrested Development, Louie, Kroll Show, BoJack Horseman, and many more. She also stars in Netflix’s Lady Dynamite, which was renewed for a second season just two months after it debuted.

Rolling Stone has named her one of their 50 Funniest People, and she was the winner of the 2014 American Comedy Award for Best Club Comic.

Jackie Kashian is a comic, writer, podcaster, and actor who has done stand-up on The Conan O’Brien Show, Last Comic Standing, and has appeared on Maron and the aforementioned Lady Dynamite.

Tickets for the Charleston show go on sale Friday, August 11th at 10 am.
–

Follow us
Related Topics:charleston music hallMaria Bamford
Up Next

Charleston Jazz Orchestra Presents “Living for the City: The Music of Stevie Wonder”