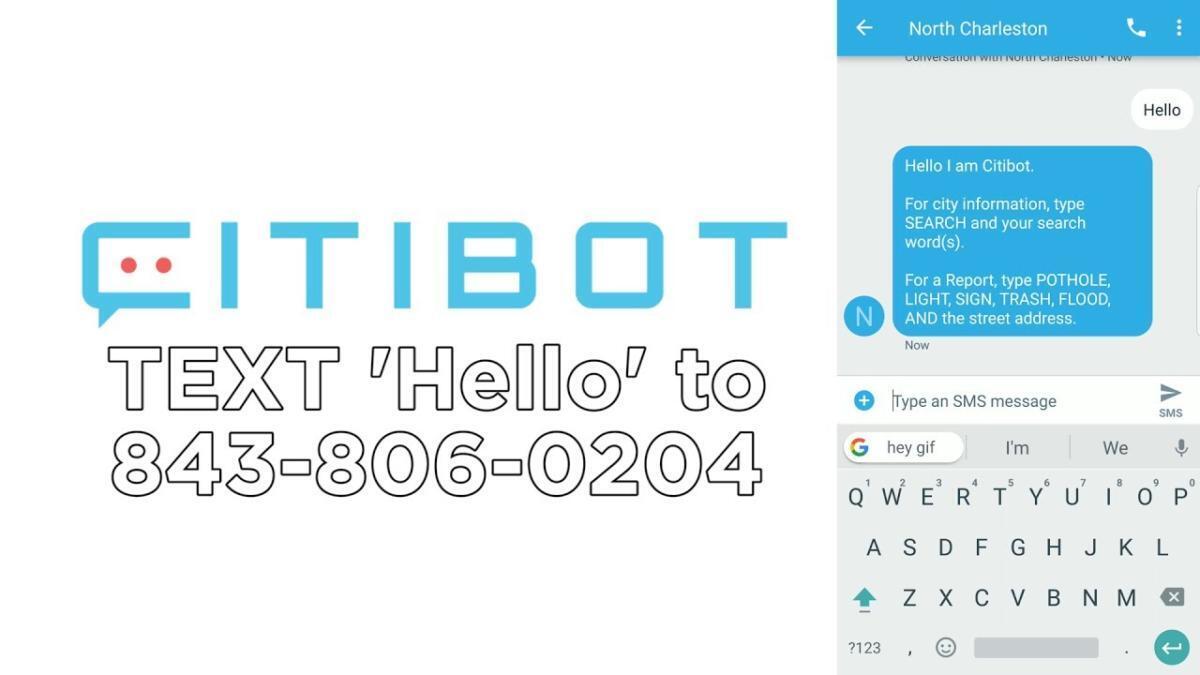 The City of North Charleston is the first city in the country to launch Citibot, America’s first interactive text messaging and customer service software system for civic engagement with government.

Citibot is a communication tool for citizens and their governments. Using text message, Citibot can help to report a problem, search a website, send notifications and analyze data.

With Citibot, citizens of North Charleston can now text search words to 843-806-0204 for quick access relevant city information, like ‘how to get a business license?’ or ‘when is holiday season trash pickup?’. Citizens will also be able crowdsource city issues, including reporting potholes, broken street signs and missed trash pickup, all through an interactive chatbot that responds immediately to a citizen’s text message.

“Every citizen is important to us, and we want to meet their needs,” said North Charleston Mayor Keith Summey. “Citibot utilizes text messaging, something almost everyone now is using. It’s easy, conversational, and more efficiently notifies the city, allowing us to get the job done quicker. I encourage everyone to save and use the text number, 843-806-0204. Reporting issues and finding city information just became a lot simpler.”

Citibot, LLC is a Charleston-based tech startup that was formed in 2016. Citibot’s co-founder and CEO, Bratton Riley, was inspired by the evolution of the conversational chatbot to help governments be more accessible and accountable to every citizen.

“In this digital age that we find ourselves in today, people are looking for ways to make connections online with friends, family and businesses – now they can also easily connect with the city where they live,” said Riley. “By opening up these new lines of communication, Citibot also helps cities efficiently allocate resources saving them time and money. We are so proud to have North Charleston as our first customer.”

For more information on how North Charleston is utilizing Citibot, visit http://www.northcharleston.org/Citibot. To start a conversation with Citibot, North Charleston residents can text ‘hello’ to 843-806-0204. The system that the City of North Charleston has adopted is currently in its beta version, new features and continued messenger app integration is anticipated in future updates.

Center For Women Invites Nominations for Charleston’s Most Influential Women