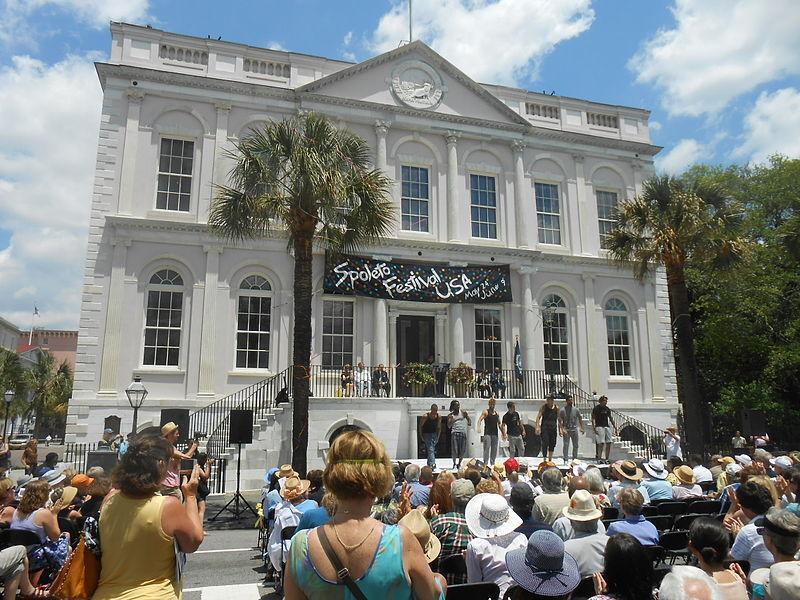 The Spoleto Festival is one of the world’s most celebrated performing arts festivals, and it happens to be right here on our doorstep in Charleston every year. The mammoth event is 17 days long and attracts national and international artists, along with crowds of around 70,000 people a year who come from far and wide to open their hearts and minds.

If there is any festival that offers a unique experience, it is the Spoleto. One of the key features of the festival is that it produces its own operas, as well as showcasing rarely performed masterpieces from famous composers.

This year marked the 41 st year of the Spoleto Festival, and like always, it didn’t disappoint. Crowds were treated to a mixture of high–caliber theater, dance, and music, along with an unforgettable atmosphere that prevailed throughout the city. This year’s event took place between May 26 th June – 11 th. The finale was held at Middleton Palace where over 5,500 people turned out for picnics and to watch the New Orleans band “The Revivalists,” named by the Rolling Stone magazine as one of the “Ten Bands You Need To Know,” perform their eclectic 7-piece jam–band set.

Aside from being an epic festival to have right here in Charleston, Spoleto also brings a lot of money to the local economy. In 2016, the festival released a short report that revealed approximately $43 million was spent during the festival.

To get a breakdown, we can look at the figures from 2014, which show a whopping $21 million was spent on accommodations, $4.5 million on food and beverages, $2 million on shopping, and an additional $2 million on performance tickets, sightseeing, and arts and crafts. A significant $400,000 was spent on parking alone in 2014.

Nonresidents tend to spend much more than North Carolina residents when they attend the Spoleto Festival, which is great news considering that nearly half of attendees are from out of town. It seems they take up a “holiday mentality” for the festival and get frivolous with spending.

None of these figures include revenue from the Piccolo Spoleto, the smaller version of the festival, which includes performance arts from locals, along with visual art displays and literature. This regional event also stimulates economic activity, as well as being great fun for residents and holiday-makers alike.

During this year’s Spoleto Festival — with more than 160 performances on offer — 61,000 tickets were sold, bringing in around $3.1 million in ticket sales. It seems that the event is growing and that it will continue to bring in money and artistic talent for years to come.

The day after the Spoleto Festival finished, the third annual Charleston 9 Memorial Poker Run took place, which offers a different sort of poker then you might expect to enjoy at home with friends. Each bike racer stops at local bars and restaurants to collect a card until they have a poker hand that they can turn in at the end. The event successfully raised money for the memorial fund.

6 Mouthwatering Foods That Are Actually Not Healthy