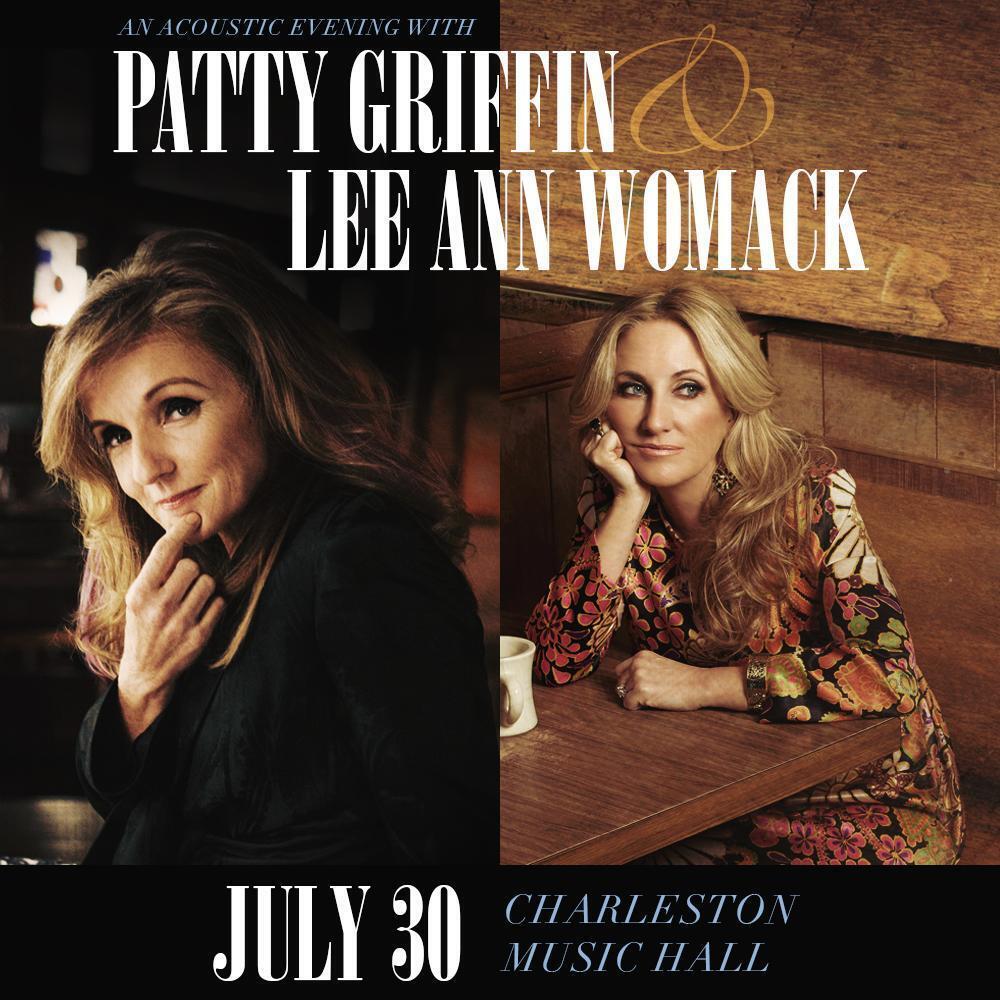 The Charleston Music Hall announced that Patty Griffin and Lee Ann Womack will perform at the venue on Sunday, July 30th at 8 pm.

Patty Griffin is a Grammy-Award winning artist who has achieved great acclaim for both her powerful voice and songwriting. Her first two albums, Living With Ghosts and Flaming Red are considered seminal albums in the singer-songwriter genre.

Lee Ann Womack is also a critically-acclaimed Grammy-winner. She’s won many other awards including the Country Music Association’s Female Vocalist of the Year honor, the Album of the Year for There’s More Where That Came From, and a pair of Single of the Years for “I May Hate Myself in the Morning” and “I Hope You Dance.”

Tickets for their Charleston show range from $49.50 to $75 with a dinner and show option available for an additional $32. Click here for more information.
–

Festival of Mountain Music Comes to Kiawah in July