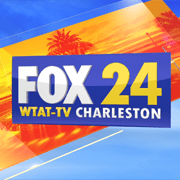 WTAT FOX24, in partnership with Berkeley Electric Cooperative, Inc. will honor a different individual each month who has gone above and beyond in the community with the Heroes of the Lowcountry award.

The inaugural recipient, Charles Fox, was recognized for his efforts towards enriching the arts community in Charleston. The second recipient, Major Kari Fleming of Joint Base Charleston’s 14th Airlift Squadron, won after breaking barriers in an industry dominated by her male counterparts. FOX24 also said she “demonstrates passion serving her country and has gone above and beyond to protect civilians in need.”

Nominations are currently be accepted on a monthly basis. The next recipient will be announced on May 25th. Nominations can be made here.

Recipients of the Heroes of the Lowcountry designation will be honored, with an award, on FOX24 News Now, a nightly half-hour show hosted by Leyla Gulen.

Follow us
Related Topics:Fox 24Heroes of the LowcountryLeyla Gulen
Up Next