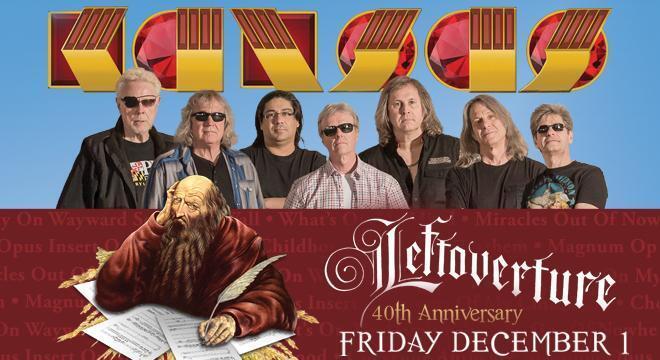 Kansas, the rock band best known for their work in the 1970s, will play the North Charleston Performing Arts Center on Friday, December 1st at 8 pm.


Over the course of their four decade-long career, the group has tallied eight gold albums, three multi-platinum albums, and one platinum live album. They are probably best known for the hit songs “Carry On Wayward Son” and “Dust in the Wind.”

Tickets for the band’s North Charleston show go on sale Friday, March 31st at 10 am. Click here for more information.
–

Follow us
Related Topics:Kansasnorth charleston performing arts center
Up Next

Do Some Barre on a Boat Next Month