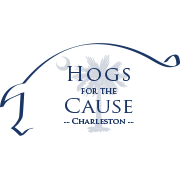 Home Team BBQ has created Tacos and Tequila, a month-long campaign to raise money for Hogs for the Cause, an organization that provides aid and relief for families whose child is being treated for pediatric brain cancer.

The campaign will take place throughout March. There will be a number of opportunities to support the charity, including:

Featured chefs and bartenders for the campaign include:

For more information on Hogs for the Cause, visit http://www.hogscharleston.org/.