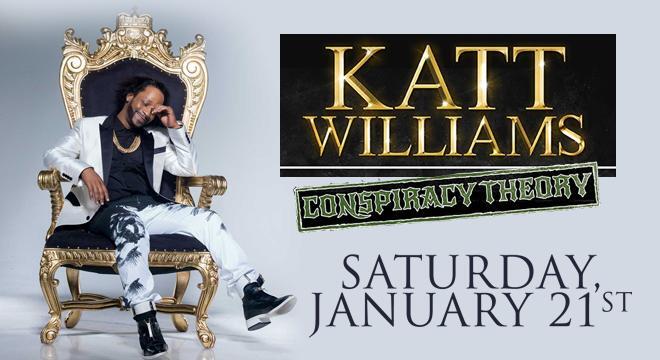 Comedian Katt Williams will bring his “Conspiracy Theory” tour to the North Charleston Coliseum on Saturday, January 21st at 7:30 pm.


Williams is well known for his numerous stand-up specials, comedy albums, and performances in movies (Friday After Next, Norbit) and television shows (Wild ‘n Out, My Wife and Kids, The Boondocks).

Tickets for his North Charleston concert can be purchased online here.