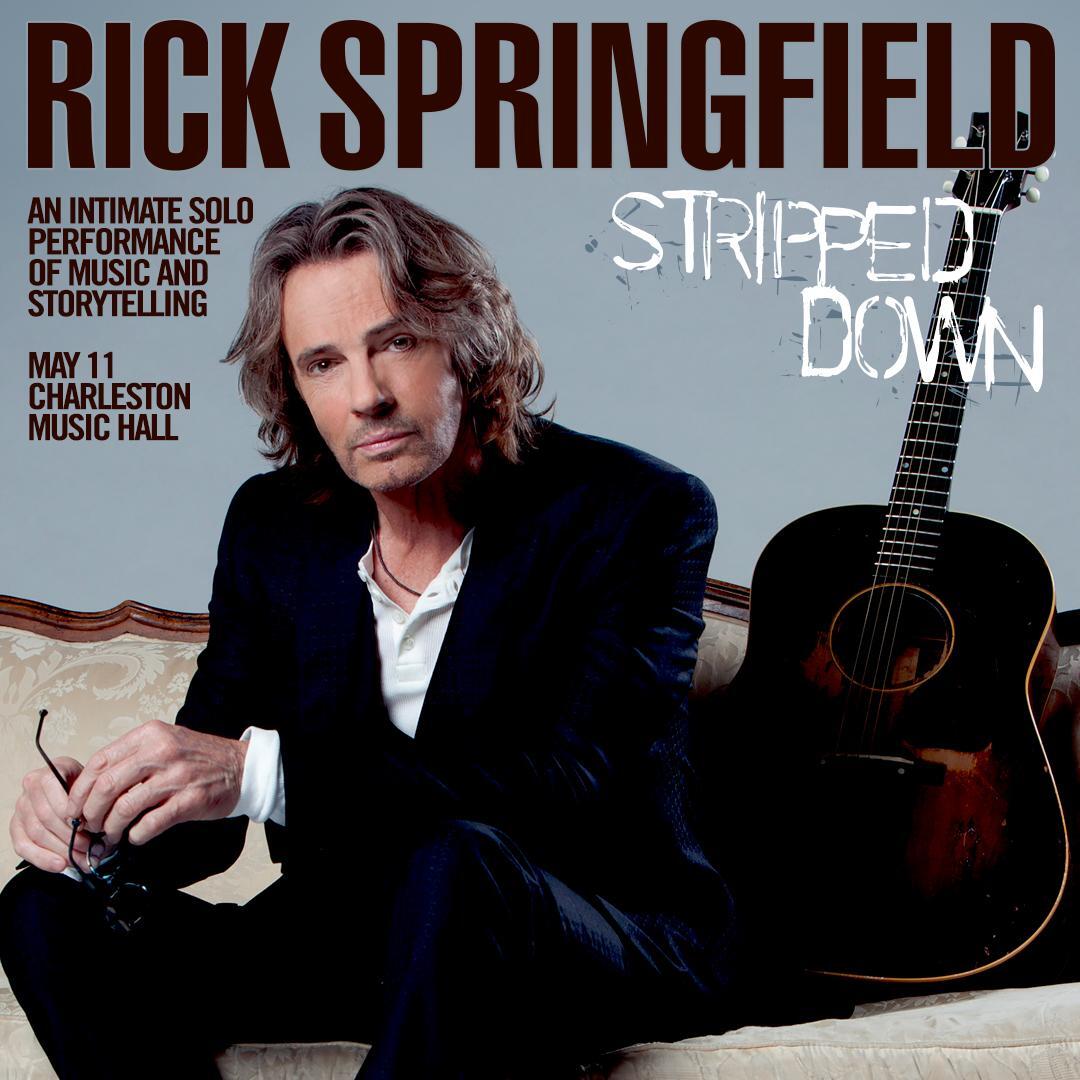 Grammy Award-winning musician Rick Springfield will return to the Charleston Music Hall for a performance on Thursday, May 11th, 2017 at 8 pm. The singer-songwriter last appeared at the venue in November 2015.


The singer-songwriter has sold over 25 million records in his career, but is probably best known for his work in the early 80s. The No. 1 Hit “Jessie’s Girl” earned him a Grammy Award and catapulted him to stardom. He is also known for the Top Ten tunes, “I’ve Done Everything for You,” “Don’t Talk to Strangers,” “Affair of the Heart,” and “Love Somebody.”

Springfield is also an author and actor who has appeared on General Hospital and Californication.


His Charleston performance will be part of his most recent “Stripped Down Tour,” which features “an intimate solo performance with music and storytelling.” Tickets go on sale tomorrow (12/8/16).

Follow us
Related Topics:charleston music hallrick springfield
Up Next

Chicago To Play the North Charleston PAC in March