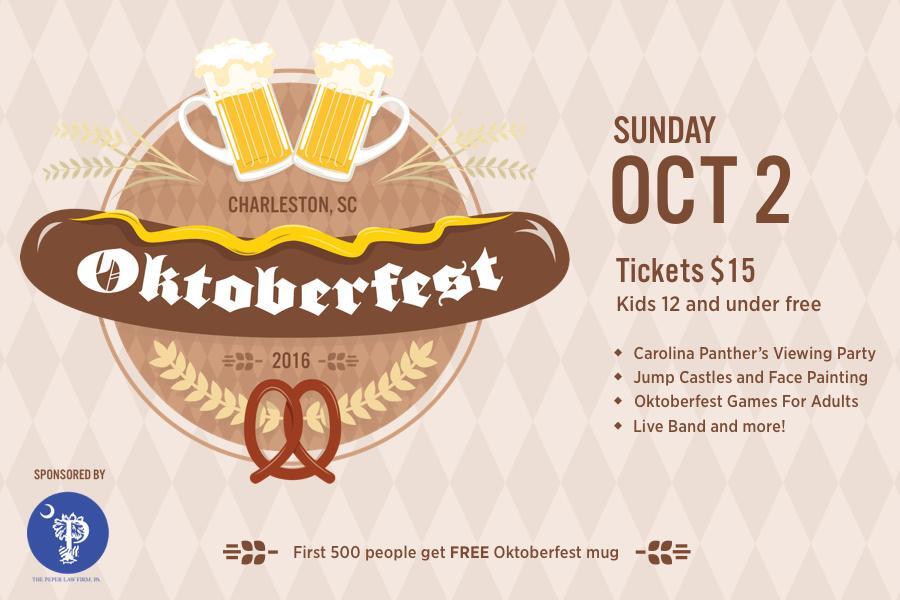 The Charleston Oktoberfest will return to Daniel Island’s MUSC Health Stadium on Sunday, October 2nd from noon until 5 pm. The venue will once again be transformed into a Bavarian-style beer hall during the festivities.

This year’s event will feature:

Tickets are $15 for adults while kids 12 and under are free. The first 500 patrons through the gate will receive a commemorative Oktoberfest mug. Tickets may be purchased here.