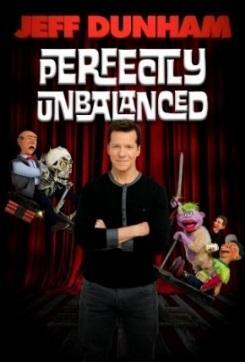 Ridiculously popular comedian and ventriloquist Jeff Dunham and his cast of wacky puppets will bring their “Perfectly Unbalanced” tour to the North Charleston Coliseum on Saturday, November 5th at 5 pm.

Dunham is best-known for his group of sidekicks – Walter the Grumpy Retiree, Achmed the Dead Terrorist, the beer-fueled redneck Bubba J, the manic purple creature Peanut, and the spicy pepper José Jalapeño.

Fans can expect tickets to sell quickly as Dunham has been named Pollstar’s #1 Comedy Tour in North America for three years running, as well as their Top Worldwide Tour for two years in a row.

Tickets for the Coliseum show go on sale this Friday at 10 am. You can purchase them here.

Video: Colbert on Meeting His Wife at Spoleto