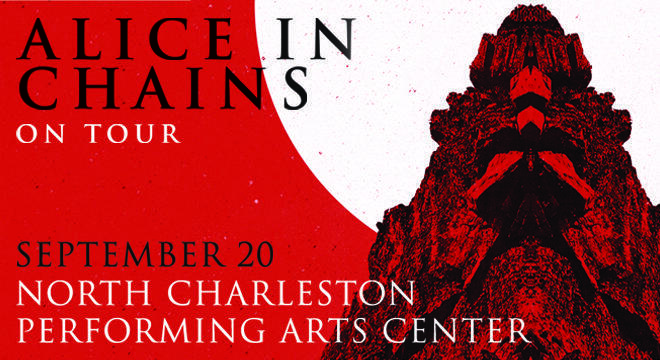 On Tuesday, September 20th, Alice in Chains will play a concert at the North Charleston Performing Arts Center. The rock outfit’s show will start at 8 pm.


The band’s career has included nin Grammy nominations, 14 top ten songs (on Billboard’s Mainstream Rock Tracks chart), and over 20 million albums sold worldwide. They are best known for songs like “Man  in Box,” “Rooster,” “No Excuses,” and “Down in a Hole.”

Tickets for their North Charleston concert go on sale here at 10 am on Friday, June 24th.

Follow us
Related Topics:alice in chainsnorth charleston performing arts center
Up Next

“Live at the Charleston Music Hall” Airs This Summer