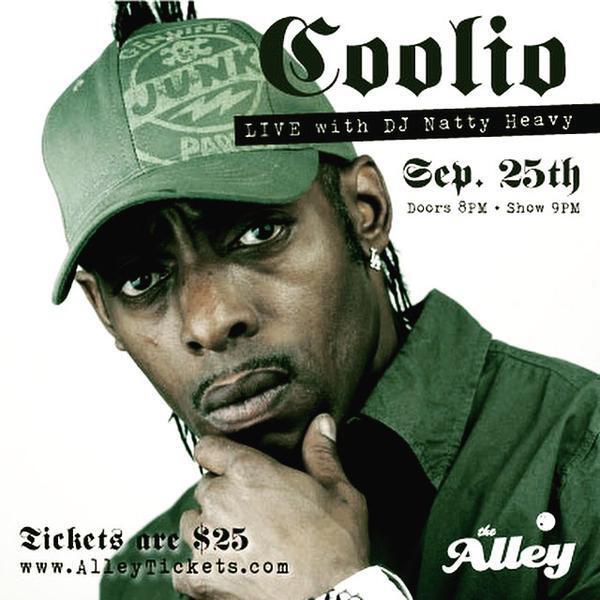 Coolio, the rapper best known for the Grammy Award-winning single “Gangsta’s Paradise,” will be performing at The Alley on 9/25 at 9 pm.


The vast majority of Coolio’s success came in the mid-to-late 90s with hit songs like “Fantastic Voyage,” “C U When U Get There,” “1, 2, 3, 4 (Sumpin’ New),” and the aforementioned “Gangsta’s Paradise.” During that time frame, he sold millions of albums and won multiple MTV Video Music Awards and an American Music Award.

Tickets for the Charleston show go on sale this Friday at 10 am. Charleston’s DJ Natty Heavy will also perform. Doors open at 8 pm.