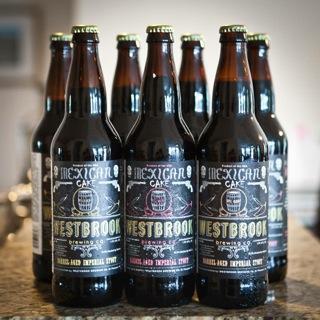 On Wednesday, June 10th, Edmund’s Oast will host a “Mexican Cake Fiesta” featuring 10 different variants of the popular Westbrook Brewing Co. beer. The fun starts at 6 pm in The Bower.

Mexican Cake is brewed annually in celebration of Westbrook’s birthday. The beer is an imperial stout that is aged on cocoa nibs, vanilla beans, cinnamon sticks, and fresh habanero peppers.

During the event, guests can enjoy unlimited pours (while supplies last) of any of the Mexican Cake variants including:

To go along with the beer, patrons will be able to nosh on some Mexican-inspired food created by Chef Andy Henderson. Plus, guests can enjoy an actual piece of Mexican Cake.

The event will also include appropriate décor, a piñata, and more.

Tickets are $85 and all inclusive. Click here to purchase.