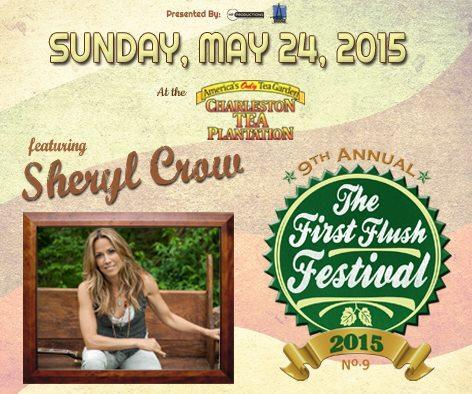 As previously reported, this year’s First Flush FesTEAval, one of the Lowcountry’s more popular annual events, will be held on Sunday, May 24th and will be headlined by country superstar Sheryl Crow.

After a recent announcement, we now know most of the other acts that will join Crow that day on the grounds of the Charleston Tea Plantation. As usual, a solid mix of local talent has been added to the lineup:

According to a press release, more bands and a “Special Guest” are still to be announced.

The First Flush Festival is a family friendly day celebrating the season’s first harvest (or “flush”) of the tea leaves. This year’s event will include live music, local vendors, a kids area, expanded parking, food trucks, drinks, and more. Gates open at noon.

Tickets are already on sale and include three different options. Click here to purchase.