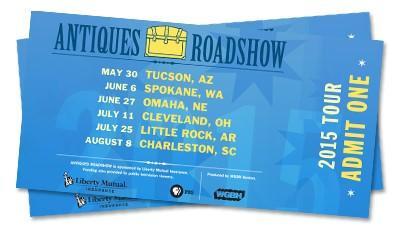 Start cleaning out the attic – Antiques Roadshow is coming to Charleston. The popular PBS television show recently announced that its 2015 tour would stop in the Holy City on August 8th.

The location of the event has not yet been announced, but admission will be free. Tickets will still be required and the deadline to apply is April 6th. According to The State, between 5,000 and 6,000 people will be granted admission. Each guest will be allowed two items for appraisal. Applications and ticketing rules can be found here.

The State is also reporting that the event will lead to three episodes that will be aired in 2016.

The Limehouse Citrus Celebration is Back to Brighten Your Winter