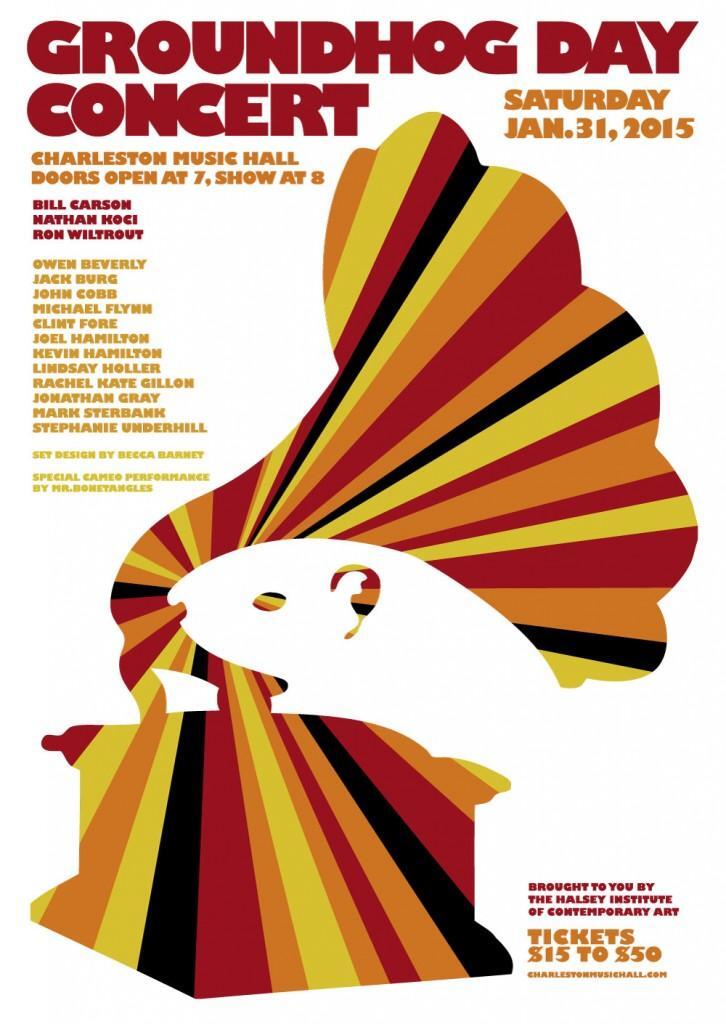 The Charleston Music Hall will once again host its Groundhog Day Concert benefiting the Halsey Institute of Contemporary Art. This year’s event will be held on Saturday, January 31st, 2015 at 8 pm.

Ticket prices range from $15 for students to $50 for a VIP package that includes premium seating, a hand-printed poster designed by Gil Shuler, and an invitation to an on-stage after party.

For a preview of the concert, watch the following video clip from last year’s performance:

Follow us
Related Topics:charleston music hallgroundhog day concert
Up Next