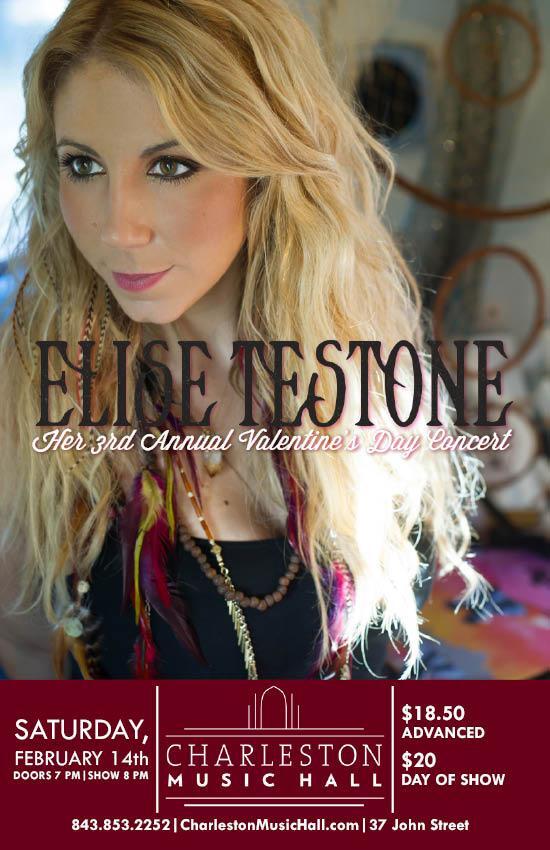 It’s no secret thatinger-songwriter Elise Testone loves Charleston and the Holy City loves her right back. So, it should come as no surprise that the crooner will host her 3rd annual Valentine’s Day Concert at the Charleston Music Hall.

Despite appearing on American Idol in 2013 and maintaining a tour schedule that brings her around the country, Testone has remained very visible in Charleston. She had a summer residency at the Pour House, played a Led Zeppelin tribute show with members of the Dead 27s, sang the National Anthem at the Cooper River Bridge run, and so much more.

The video below is from Testone’s 2013 Valentine’s Day show at the Music Hall.
–

Follow us
Related Topics:charleston music hallelise testone
Up Next

Jason Aldean’s “Burn It Down” Tour Coming to the Coliseum