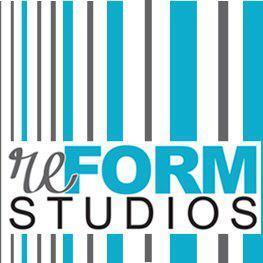 On Friday, November 21st, reFORM Studios, in recognition of World Hello Day, will encourage the community to join in their “Hello” experiment, which could net you some prizes.

For more information, read the press release from reFORM Studios below:

World Hello Day was created in 1973 in response to the conflict between Egypt and Israel in an attempt to promote peace. reFORM Studios is asking the community to say “hello” to at least ten strangers on November 21st in hopes of creating a surge of good things in Charleston. reFORM Studios owner Katrina Cobb says that in order to encourage participation, when you make her or anyone on her staff one of your “strangers” on November 21st, she will offer you one week of personal training “Paid in Full.”

“Many of the good things in life start with a simple ‘hello.’ Be it peace talks, meeting your life partner, making new friends, finding a new job, or taking action when it comes to getting in shape and feeling great. On November 21st, we’re offering people a week of personal training ‘Paid in Full.’ All you have to do is come in, say ‘hello,’ and also say ‘hello’ to at least nine strangers,” says Cobb.
The “Paid in Full” week of personal training includes a consultation where Cobb and her staff will evaluate where you are fitness-wise and put together a customized plan for you, plus three sessions with a personal trainer.
“This is an opportunity for people to stick their toe in the water, so to speak, in regards to our services and the impact we can have on their life. Regarding the nine hellos to strangers, people will be on the honor system. We don’t have a system in place for tracking something like that. We hope it’s contagious though, causes good things to happen, and is something people continue doing throughout the year,” says Cobb.
Katrina points out six benefits you’ll receive from saying “hello” to regular and consistent exercise:
1. You’ll control your weight. Exercise burns off calories. If you’re trying to lose weight or simply maintain your current weight, you’ll be more successful if you exercise.
2. You’ll be less prone to ailments and diseases. Study after study reveals that people who exercise regularly are less likely to develop heart disease, diabetes, metabolic syndrome, colon cancer, lung cancer, breast cancer, etc.
3. Your mood will improve. Exercise stimulates various brain chemicals that will leave you feeling happier and more relaxed. This in turn, will boost your confidence and self-esteem.
4. You’ll have more energy. Ever get winded walking up a short flight of stairs? Regular exercise will make that a thing of the past. Every morning you’ll wake up excited and pumped about what your day holds in store for you.
5. You’ll sleep better. In a recent study, Northwestern University researchers found that participants who exercised reported that their sleep quality improved, raising their diagnosis from poor to a good sleeper. They also reported fewer depressive symptoms, more vitality, and less sleepiness in the daytime.
6. You’ll have fun. There’s great satisfaction both in exercising and the rush of good feelings that occur afterwards.
“If people are looking to get into better shape and, in general, feel better about their body and their future health outlook, we’re making it easier for them to take the first step. On November 21st, we hope they’ll come in and say ‘hello,'” says Cobb.
Contact Katrina Cobb at her 1081-B East Montague Ave, North Charleston studio location to reserve your spot at 843-284-3340.

Wild Game Dinner Returns to Circa 1886 this Thursday