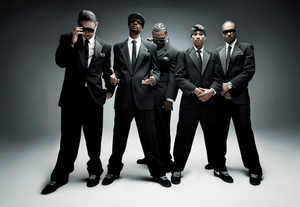 Legendary rap group Bone Thugs-n-Harmony will be performing at the Music Farm on Sunday, December 7th. The show will begin at 9 pm with opening act Gillie Da Kid, a Philadelphia rapper and former member of the group Major Figgas.


Bone Thugs made their debut with the 1994 EP Creepin on ah Come Up, which included their first hit single “Thuggish Ruggish Bone.” The group really hit it big with their 1995 release E. 1999 Eternal, which included two of their most popular songs “1st of tha Month” and “Tha Crossroads.”  The full-length album sold over 10 million copies worldwide and was nominated for the inaugural Grammy Award for Best Rap Album. Although the release did not win, “Tha Crossroads” did earn Bone Thugs a Grammy in 1997.

Tickets for the Muisc Farm show go on sale this Friday and may be purchased here. There is a $80 Meet & Greet option that will be available. There will be a $3 surcharge at the door for those attendees under 21. Only cash is accepted for the surcharge.

Nightmare on the Harbor 3 Takes to the Sea

Manchester Orchestra to Play the Memminger Auditorium in December