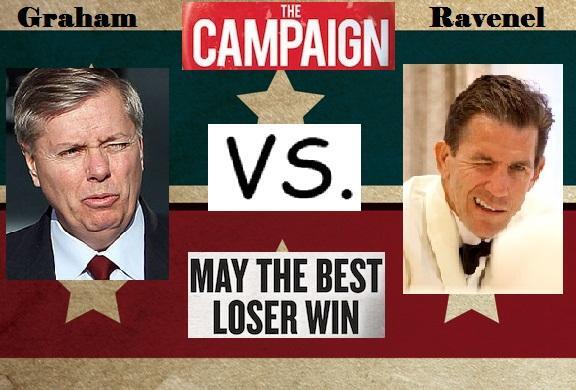 The dream team of Thomas Ravenel, Whitney Sudler-Smith, and John Paul Horstmann have done it again.

About a week after the release of T-Rav’s first campaign advertisement, comes the trio’s second effort. I lampooned the first commercial, but I thought they did a much better job this time around. Heck, I even chuckled a little when Ravenel slapped Uncle Sam’s hand away from his large bowl of popcorn.

It certainly looked like Ravenel and his production team bounced back from their awful debut commercial. Unfortunately, whoever was in charge of spell-checking didn’t realize that “government” was misspelled in the advertisement. The Charleston City Paper was the first to point out the error and now the Internet-teasing of Ravenel has commenced. You can see the video below:

EVO Named One of the Nation’s Best Pizza Shops