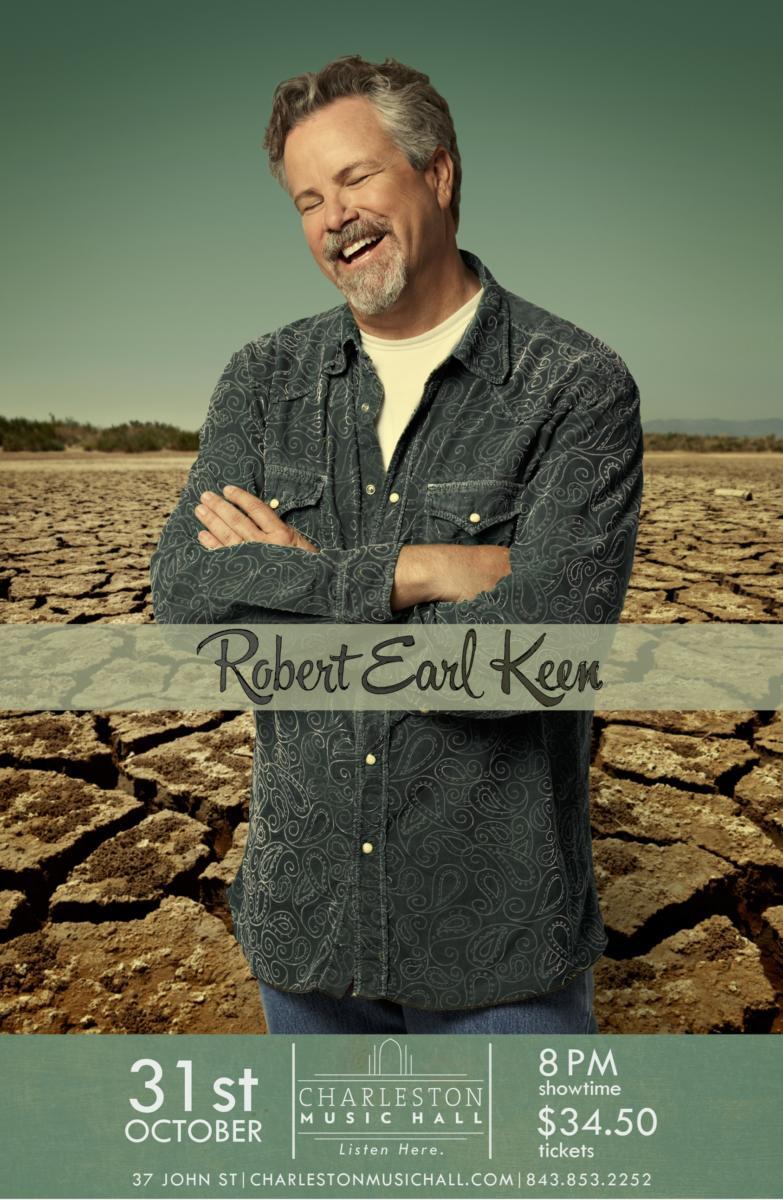 Singer-songwriter Robert Earl Keen will be performing at the Charleston Music Hall on Friday, October 31st at 8 pm. The Roosevelts, a pop-rock group from Austin, will open the show.

Keen’s 30-year career has included 18 full-length albums and his induction into the Texas Heritage Songwriters Hall of Fame. His music trapezes between Americana and Country, but he is preparing to add another genre to his repertoire.

The musician recently announced that his next release will be a Bluegrass album called Happy Prisoner: The Bluegrass Sessions. The album is due out in February 2015.

For more information on The Roosevelts, visit their official website.

Tickets for Keen’s Charleston show are available here. While you wait for the Halloween show, enjoy the video of Keen performing “Shades of Gray” below.

John Mellencamp To Play the PAC in March