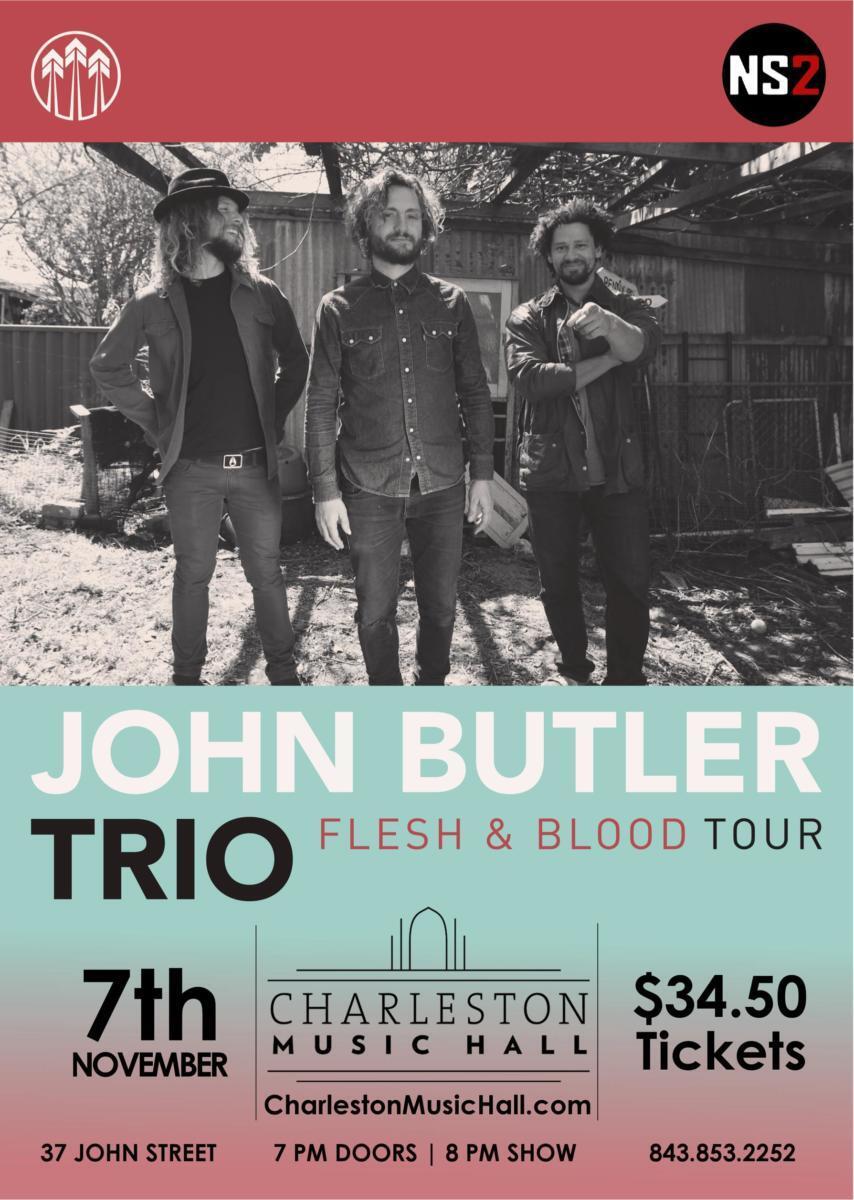 Australian roots-rockers the John Butler Trio are bringing their “Flesh & Blood” Tour to the Charleston Music Hall on Friday, November 7th at 8 pm.


The band’s 39-year-old namesake was born in California, but moved to his father’s native Australia after his parents divorced. Twelve years after the move, the John Butler Trio was formed.

As of this year, the band has released 6 studio albums, 3 live albums, 2 EPs, and 3 live concert DVDs. Four of their studio albums have gone at least platinum in Australia – this year’s release Flesh & Blood may become the 5th. The group has also won APRA and ARIA awards.

Tickets for their Charleston show go on sale this Friday at 10 am. They can be purchased here.
–

Get On Up! Elise Testone Hosts Another James Brown Dance Party