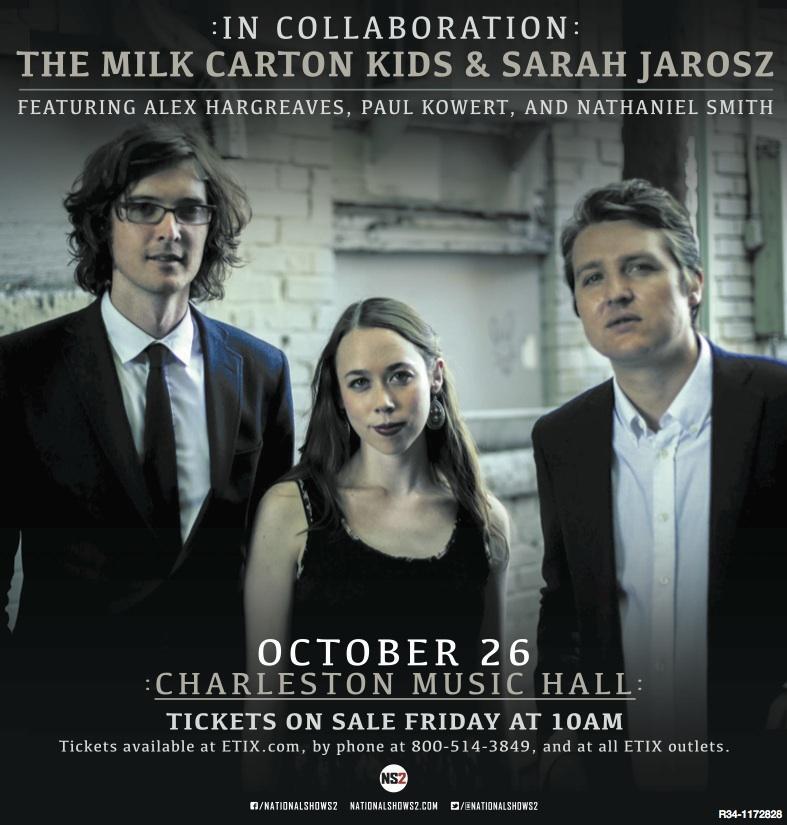 The Charleston Music Hall recently announced that they will host “In Collaboration: The Milk Carton Kids & Sarah Jarosz,” on Sunday, October 26th at 8 pm.

The concert will feature Grammy-nominated folk artists The Milk Carton Kids and Sarah Jarosz, along with special guests Alex Hargreaves, Paul Kowert, and Nathaniel Smith. The musicians will be part of a collaborative performance in front of one microphone. One of their first performances together was on Austin City Limits, which drew overwhelmingly positive reviews. You can see a portion of that show in the video below.


Tickets for the Music Hall are currently on sale here.

Red Honey Rocks Charleston with a Week of Shows