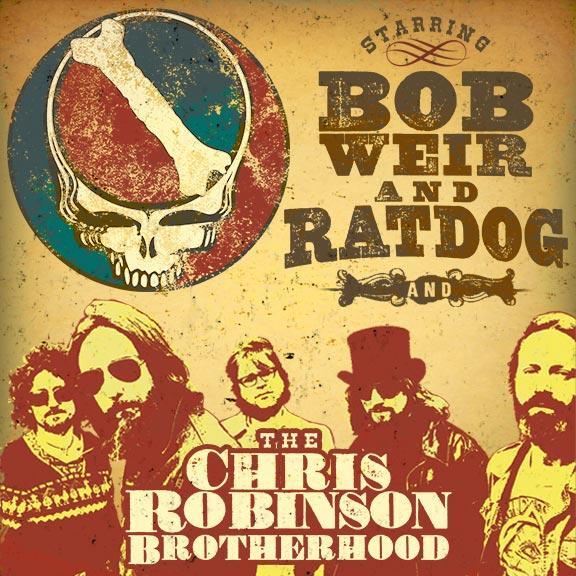 ***UPDATE: 8/11/14, 10:50 am: This performance has been canceled. Refunds will be available at the point of purchase starting on Tuesday at 10am. Below is the official statement regarding the cancellation:

Circumstances have necessitated that all scheduled tour dates for Bob Weir & RatDog are being cancelled. This applies to all dates on the summer tour starting on Thursday, August 14 in Boston through September 14 in Nashville and also includes the Jamaica event in January of 2015….We sincerely apologize for any inconvenience.

Bob Weir, one of the founding members of the Grateful Dead, and his band RatDog will play at the North Charleston Performing Arts Center on Friday, August 22nd at 7 pm. The Chris Robinson Brotherhood will open the show.

Weir’s career has spanned over 50 years as he’s played in numerous bands. The singer and guitarist was was inducted into the Rock and Roll Hall of Fame as a member of the Grateful Dead in 1994.RatDog’s sets usually include a mix of Dead tunes and new music.

The Chris Robinson Brotherhood’s namesake is also the lead singer of the Black Crowes. This side project has released three albums so far.

Tickets go on sale to the general public this Friday at 10 am.