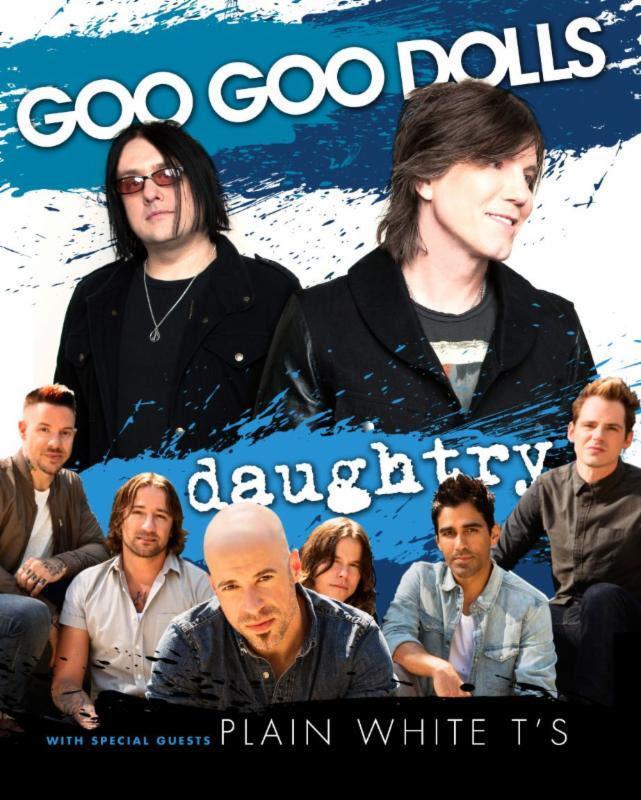 The Goo Goo Dolls, Daughtry, and Plain White Ts will all be performing at the Family Circle Stadium in Daniel Island on Tuesday, June 17th at 7 pm.


The Goo Goo Dolls had some huge hits in the mid-to-late 90s including “Name,” “Iris,” “Broadway,” “Black Balloon,” and “Slide.” The 2002 tune “Here is Gone” and the band’s cover of “Give A Little Bit” (2006) also garnered mainstream success. The band has sold more than 10 million albums worldwide.

Daughtry, a rock band fronted by former American Idol contestant Chris Daughtry, is best known for the 2006 singles “It’s Not Over” and “Home”.

Tickets are already on sale and may be purchased here. Ticket options include several VIP packages that include autographs, meet-and-greets, and stage seating.

While you wait for June 17th, enjoy the Goo Goo Doll’s video for “Come to Me” (their most recent single) below: