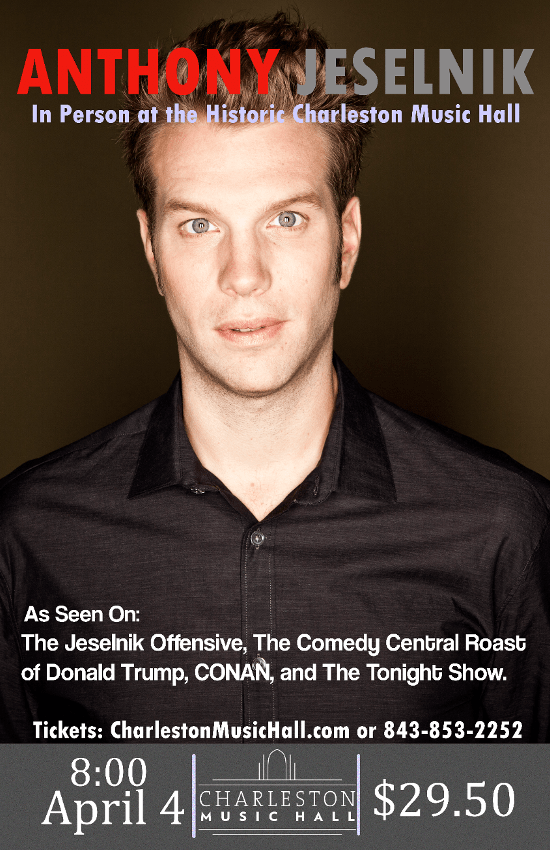 Comedian Anthony Jeselnik will perform at the Charleston Music Hall on Friday, April 4th at 8 pm.

Jeselnik, who was described by The A.V. Club as the “satanic prince of stand-up,” has amassed a pretty impressive comedic resume. He has appeared on CONAN, The Tonight Show, Jimmy Kimmel Live, and the Late Show with Jimmy Fallon. He also hosted his own show, The Jeselnik Offensive, for two seasons on Comedy Central, which also broadcast his popular stand-up performance, Caligula.

For a taste of Jeselnik’s comedy, watch the video below. It’s definitely NSFW or shouldn’t be watched by children, unless you are the best parent ever.

Make that FOUR Aziz Ansari Shows at the Music Hall