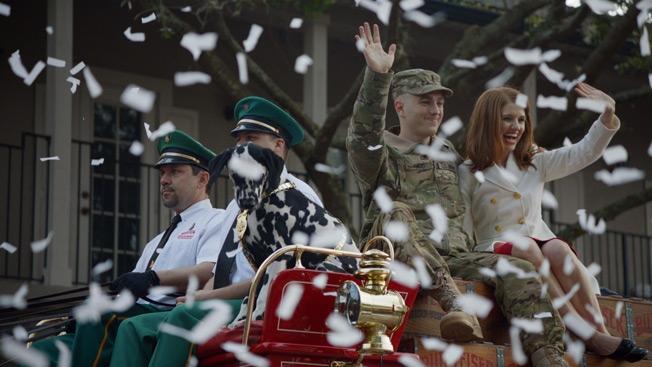 A lot of this year’s Super Bowl commercials were considered disappointments, but there was at least one that even the harshest of critics seemed to enjoy. Budweiser’s “Hero’s Welcome” spot, which showed a soldier returning home to a surprise ticker-tape parade, was one of the more popular commercials from the night.

Many people, myself included, didn’t realize there was a local connection to the advertisement. Yesterday, ABC News 4 reported that the soldier’s girlfriend was Shannon Cantwell, a Wando High School graduate. Cantwell and her boyfriend, Lt. Chuck Nadd, were also shown on camera at the Super Bowl.

News 4 also reported that the commercial is a part of longer short film called “A Hero’s Welcome: Full Story.” You can watch it in its entirety below:

Circa 1886 to Host a Six-Course Valentine’s Day Dinner