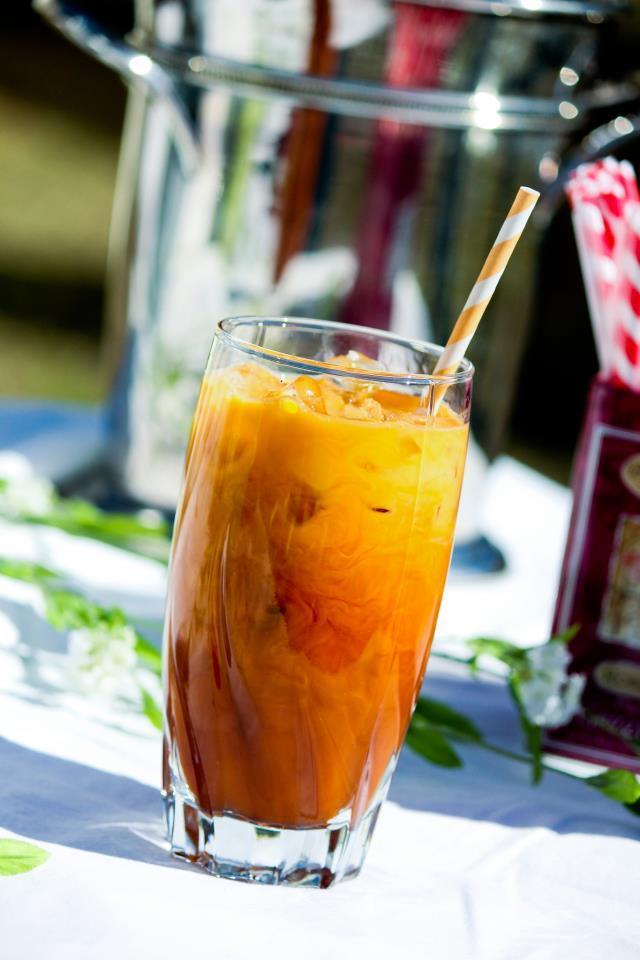 The Orange Spot Coffeehouse and The Frothy Beard Brewing Company have collaborated on a boozy rendition of the former’s popular Cha Yen. Cha Yen (right) is a Thai iced-tea. The Orange Spot’s version is a black tea that is actually orange in color (hence the business name).

Julie Simuang, one of the coffee shop’s owners, said the collaborative brew is a Belgian Strong Ale named The Belgian Cha Cha.

Joseph Siconolfi from Frothy Beard added that the beer is reddish-orange in color and is infused with the very same black tea leaves, vanilla, and spice combination used to create The Orange Spot’s Cha Yen.

The high gravity beer should be available at Frothy Beard’s headquarters within the next week or so. Check out each business’s Facebook page for updates – Frothy Beard, Orange Spot.