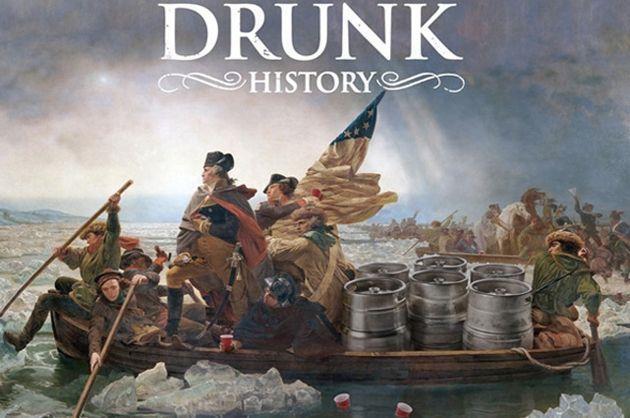 About two weeks ago,Holy City Sinner let you know that Comedy Central’sDrunk History would be filming in Charleston on January 15th and 16th. Now, thanks to Charleston Grit, we know one of the locations the show’s crew will be visiting.

The website is reporting that interviews will be conducted at The Royal American on January 16th from 8 pm to 1 am. If you want to be on camera, they recommend you arrive at the venue no later than 8 pm.

There is still no word on where Drunk History will be filming on January 15th.

UPDATE, 1/9/14: Drunk History originally said they’d be in town on January 15th and 16th, but so far they have only promoted an event on the 16th. It’s unclear if there will be another public event.

Before being picked up by Comedy Central, the show was a web series on Funny or Die. The show switches between the drunk narrator attempting to recount a historical story and actors portraying the narrator’s version of the event.

You can see the show on either Funny or Die or Comedy Central’s websites.

Follow us
Related Topics:charleston gritdrunk historythe royal american
Up Next