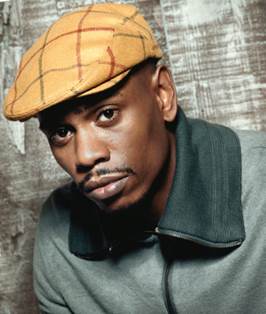 The North Charleston Performing Arts Center has just announced that comedian Dave Chappelle has added a second performance at the venue. In addition to the previously announced 7:30 pm show, Chappelle will also perform at 10 pm on Tuesday night. Tickets are already on sale.

Comedian and actor Dave Chappelle will be performing at the North Charleston Performing Arts Center on Tuesday at 7:30 pm.

Chappelle, one of the country’s most popular comedians, is best known for his movie Half Baked, his numerous stand-up specials, and his incredibly popular television show Chappelle’s Show.

Despite the show’s role in making Chappelle wildly popular, whatever you do, don’t go to the North Charleston performance and yell out quotes from Chappelle’s Show, because he hates that – just ask the nice people of Hartford, Connecticut. Speaking of, I may go and sit in the front row with my Hartford Whalers shirt on to see what happens.

Tickets are $55 and go on sale tomorrow at noon.