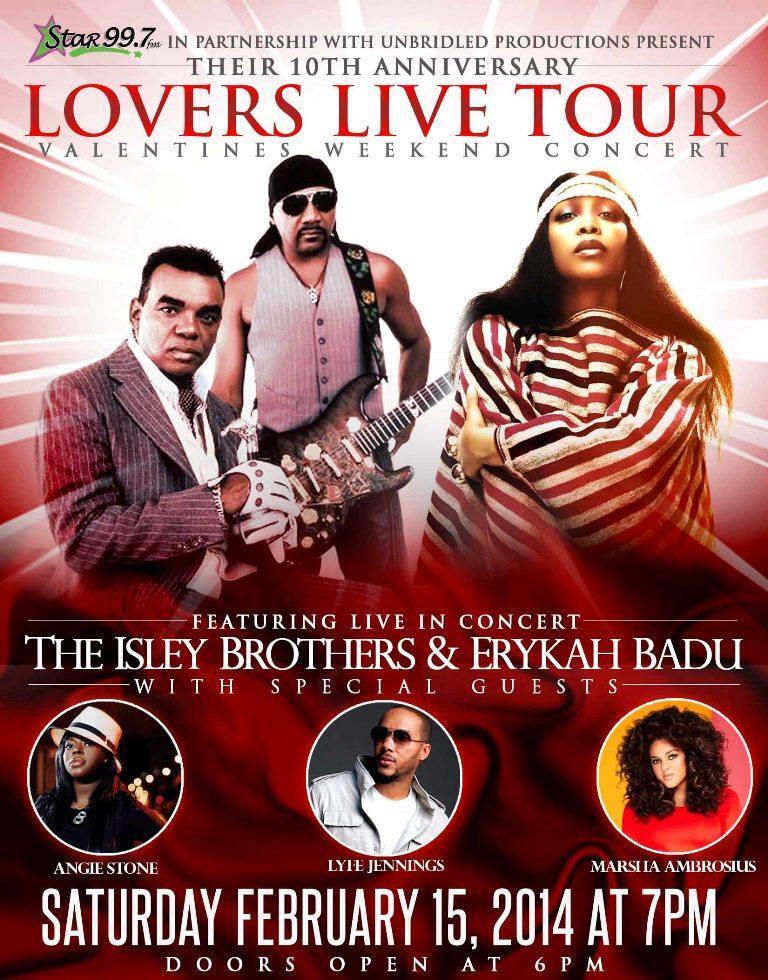 The Isley Brothers have had an incredible career that has included four Top 10 singles and sixteen Top 40 albums. Thirteen of their albums have been certified Gold or better. The group was also inducted to the Rock and Roll Hall of Fame in 1992. Their most popular song was 1969’s “It’s Your Thing,” which topped out at the # 2 spot on the Billboard charts.

Badu has released 5 studio albums, including her 1997 multi-platinum debut Baduizm. “On & On”, the first single from that album, won a Grammy Award in 1998 for Best Female R&B Vocal Performance. Two of Badu’s other albums also went at least platinum.

An internet pre-sale for the Coliseum show begins tomorrow at 10 am and runs until Thursday at 10 pm. You will need to use the password ISLEY to purchase tickets. The public on-sale date is Friday at 10 am.