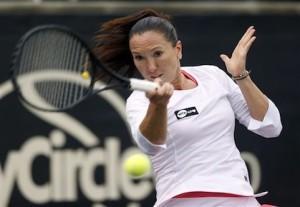 Jelena Jankovic, World No. 8 and 2007 Family Circle Cup Champion, is the second player to commit to playing in the 42nd edition of the tennis tournament to be played from March 29th – April 6th, 2014.

Jankovic joins World No. 1 and defending champion Serena Williams as the only two competitors scheduled to play thus far. Williams committed to the tournament earlier this month.

Jankovic has amassed an 18-8 record in her nine previous appearances in the Family Circle Cup.  Now in her 14-year in the WTA, Jankovic has accumulated 13 singles titles, 530 singles victories, more than $15.3 million in prize money and a World No. 1 ranking in 2008.

Tickets to the 2014 Family Circle Cup are on sale at www.FamilyCircleCup.com or by calling the box office at (800) 677-2293. Patrons can purchase single session tickets or choose from a variety of ticket packages.

Capobiancos To Appear on “Dr. Phil” Today at 4 pm