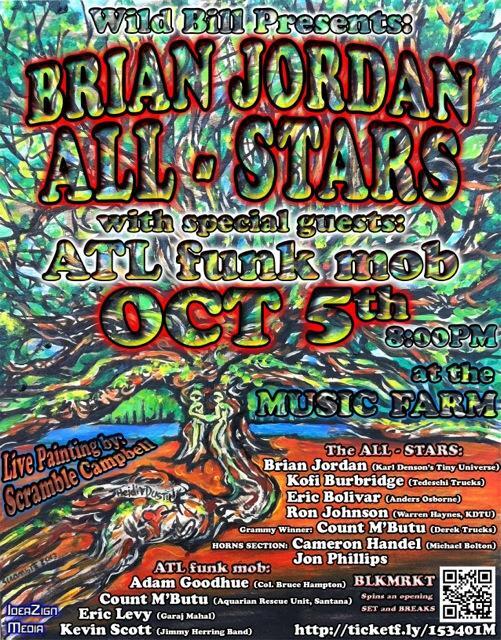 If you attend the Widespread Panic concert on October 5th, why should your fun end at the conclusion of their set? Well, it doesn’t have to!

The Music Farm will host a Post Panic Party featuring the Brian Jordan All-Stars and the ATL funk mob. Plus, BLKMRKT will perform an opening set and play during each break. The event will also feature live painting by Scramble Campbell, Michael Weintrob and his Instrument Head series and plenty of art for sale.

The show begins at 9 pm and costs $18. You can purchase tickets here.

The Brian Jordan All-Stars consists of:

Follow us
Related Topics:ATL Funk MobblkmrktBrian Jordan All-Stars
Up Next

The Metronome Charleston Anniversary Show is Ready to Rock