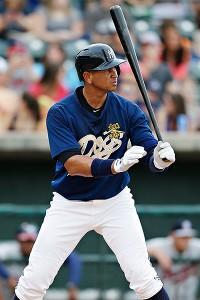 New York Yankees third baseman Alex Rodriguez told MLB.com that he will once again be suiting up for the Charleston RiverDogs tonight. The article states:

“He confirmed following the game that he will play with Charleston on Wednesday in its finale with Rome at 6:35 p.m. ET. He will then take Thursday off before joining the Tampa Yankees in Lakeland, Fla”

Rodriguez is in the Holy City for a rehab assignment after having hip surgery in January.

Last night was a tough 2013 debut for A-Rod as he went 0-2 with a strikeout. Despite his poor showing, you can expect another capacity crowd tonight at the Joe – as one team official told the Post & Courier:

“Charleston hasn’t had this much attention from the New York media since we bombed Fort Sumter.”

Get Up to Speed on Tuesday’s Charleston Track Challenge