The Holy City is known as one of the best and most innovative culinary cities in the South (if not the nation), so it’s fitting that our minor league baseball team holds a similar designation.

Much like their hometown, the Charleston RiverDogs are recognized as having some of the best and most original stadium food in the country. They’ve been featured in magazines, websites, local TV shows and even Man v. Food.

John Schumacher, the club’s food and beverage director, recently gave a sneak peak of this year’s food lineup to a minor league baseball blogger. So, take a look a what new treats can you expect to see down at The Joe this season…

How does a Beer Shake sound? Confusing? Gross? Well, it looks delicious.

They will be turning all of this.. 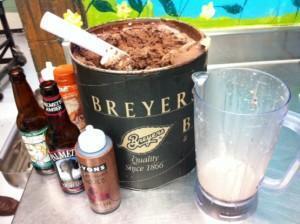 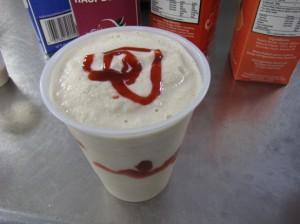 Both photos from Ben’s Biz Blog

I wish I could one of those suckers now!

In other booze news, the brand new Firefly Moonshine will be added to the stadium’s Tiki Hut offerings.

Plus, there are plenty of new food offerings as well. The new editions include:

Wow. The food folks at The Joe are always hard at work! I’m excited to try some of this new stuff!

Fore more pictures and information regarding the food, click here.