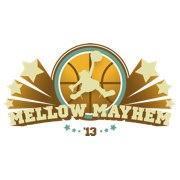 Mellow Mayhem, probably the city’s biggest March Madness bracket pool, is back for its 12th year! If you have the best bracket in Charleston, you could be walking away with $1,000!

As usual, the mayhem starts on Selection Sunday (3/17) at 8 pm. Both the King Street and Avondale locations will start handing out brackets to patrons at that time.

Whether you turn in a paper bracket or fill one out online, you’ll be given a MVP card which grants you special access to drink specials. The card lets your get $3 SweetWater Beers and $4 food items like Drunken Fun Guys, Cheese Bread appetizer, or 5 baked wings.

Mellow Mayhem will conclude on Monday, April 8th with a finale party at the Avondale
location and the crowning of the bracket champion. Patrons will be able to watch the championship game and find out who’s taking home that $1,000 prize.

To be eligible to win guests are encouraged to fill out a mobile accessible online bracket at www.mellowmayhem.net or turn in a paper bracket at either Mellow Mushroom location by noon on Thursday, March 21st. The official rules can be found here.