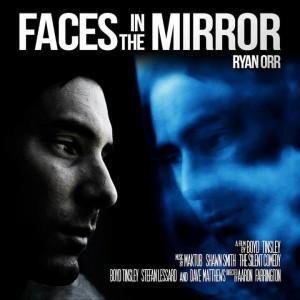 A special showing of the independent film Faces in the Mirror will take place in Charleston on February 21st. The location and exact time will be announced at a later date.

The showing will include a musical performance from violinist Boyd Tinsley, who was one of the movie’s writers and producers. Tinsley is well-known as being one of the original (and current) members of the Dave Matthews Band.

“…a film scored to music. It dances. It’s a film that dances with the music and takes you on an emotional roller-coaster ride that never let’s you go.

This story is about Ben Fisher, a young man who returns home to bury his father. Angry that he had been neglected by his workaholic father, Ben had refused to see him for years. On the day of his father’s funeral, Ben goes on a dream-like odyssey where he’s led, portal by portal, to fantastical places with somewhat mystifying people who all seem to be guiding him somewhere. He’s looking for a way to be free of his pain and guilt. He’s looking for forgiveness.

This is a film that’s not only meant to be seen, it’s meant to be experienced. An experience of music, visuals and emotion. It’s like a dream.”

More details about the film can be found HERE and you watch the trailer below.

Follow us
Related Topics:boyd tinsleyfaces in the mirror
Up Next