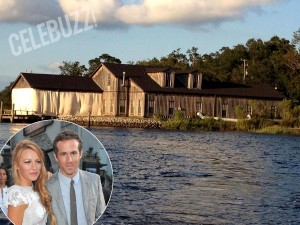 Both the Holy City and celebrity gossip websites alike were buzzing yesterday about the Boone Hall Plantation wedding of actors Ryan Reynolds and Blake Lively. The couple did a great job of  keeping their service private as very few details have emerged.

What has leaked to the press has come from some Charleston locals, which has earned them some Hollywood-type coverage. And they aren’t alone – some local businesses are receiving national press thanks to the wedding as well.

The two Charleston residents who have received the most attention are Helen Shuman and Kacie Faulling.

Shuman took a picture of the wedding site (above, taken from Celebuzz) and shortly thereafter the media came calling. Eventually, one outlet purchased the photo and it can now be found on multiple web sites. 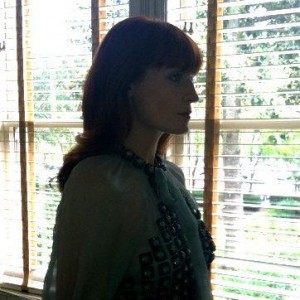 Faulling, who runs an eponymous business, was hired to do Florence Welch’s hair and makeup for the ceremony. Faulling, who I spoke with today, said she had no idea the lead singer of Florence + The Machine was her client until the day of the wedding.

“I was contacted by a publicist company from New York two weeks ago saying it was for a client of theirs,” she said. “I found out (who the client was) Sunday morning when Florence’s manager emailed me saying they were running late.”

Faulling met Welch at the Wentworth Mansion and spent about an hour doing her hair and makeup. Thanks to this experience she has been able to witness a side of celebrity-life that many people do not get to see. She has shared her unique story with the press through anecdotes about how nervous and secretive Welch was leading up to her performance at the ceremony.

“For such a big name she was very nice and humble,” Faulling said. Welch even posed for a couple of pictures, which Faulling put on her Facebook page (and graciously allowed me to repost here).

Once news about the 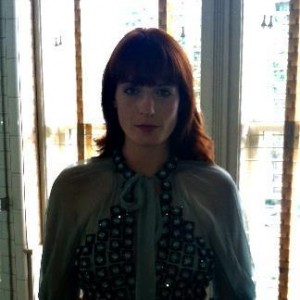 wedding broke, Faulling was inundated with interview requests. As of Tuesday morning she had been contacted by US Weekly, Celebuzz, People, E! News, News 2, and 95SX. (Speaking of 95sx, morning DJ Kelly G has also received some increased exposure).

Besides all the media requests, Faulling has seen an increase in web traffic, Facebook requests, and people looking to book appointments.

“I didn’t anticipate this response at all,” she said. “It’s been so exciting being able to get my name out there and having a part in such a huge celeb wedding! None of this was expected and I feel very blessed!”

Although her business is seeing an increase in exposure, the local businesses getting the most publicity are, of course, Boone Hall Plantation and the Wentworth Mansion. However, there is one other local hotspot also receiving some extra press thanks to the wedding. According to this Celebuzz article, the acclaimed FIG restaurant catered the night reception for the ceremony.

It’s obvious that a high-profile celebrity wedding is going to garner a lot of media attention, but for a few locals it has also provided a national spotlight for their small businesses.